Tatiana Ostwalt, WFU18 in Russian, was awarded a Fulbright TA-ship in Kazakhstan for 2020. Unfortunately, her time in Kazakhstan was cut short by the COVID-19 pandemic, but she has shared this essay and some photographs of her time there with us. 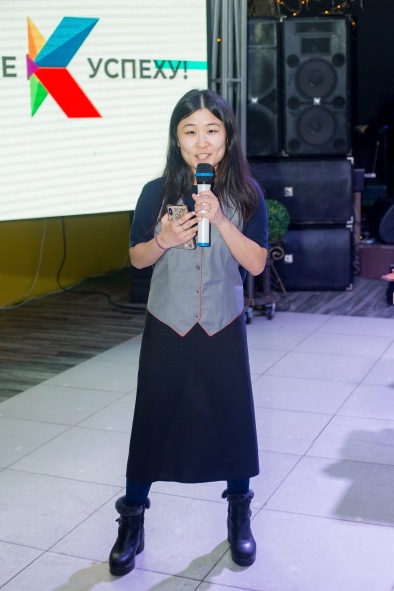 I was placed in the city of Kyzylorda, Kazakhstan, with a population of about 200,000 people that is located in the south of Kazakhstan. In this region, there is a strong emphasis on the Kazakh culture and Kazakh is more commonly spoken than Russian, as compared to other parts of Kazakhstan. There is a considerable amount of Koreans living in Kazakhstan and as ethnically Korean myself, I would often be thought of as a native until I was heard speaking. This allowed me to blend into my environment fairly well, but also challenged me to continue improving my target language abilities. Although people would be initially surprised to hear that I was American, once I told them about my background, they would quickly understand and be receptive to find out more. 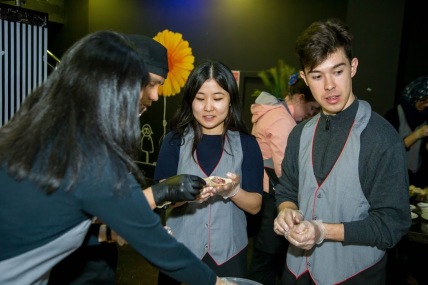 I taught English 13 hours a week in the Department of Foreign Languages and Translation Studies of a university in my city. My host institution was very welcoming and I had a lot of fun teaching my students. The students were at the very least bilingual, knowing both Kazakh and Russian, and were eager to improve their English with a native speaker and learn about life in the United States. The students I was teaching were majoring in Translation Studies or Education, and were highly driven to be proficient in the languages they were learning to apply to their future careers.

For almost all of my students, I was the first American they had met and I was happy to share with them about where I was from and represent the U.S. with this cultural exchange. While students were learning about different facets of American life and strengthening their English, I was being educated on the differences of the education system in Kazakhstan and learning more about the Kazakh culture and history. One of my students and a local friend also started teaching me Kazakh. I loved seeing the passion and love the people here had for their ethnic roots and identity, and was glad they wanted to share that with me. Thanks to the support of the Fulbright Program, my host institution, and the local friends I made in my community, the transition process to Kazakhstan was made much smoother. I feel lucky to have formed lasting friendships and bonds there, and feel thankful for the hospitality I was shown by the Kazakh people. I hope I will get the chance to return one day. 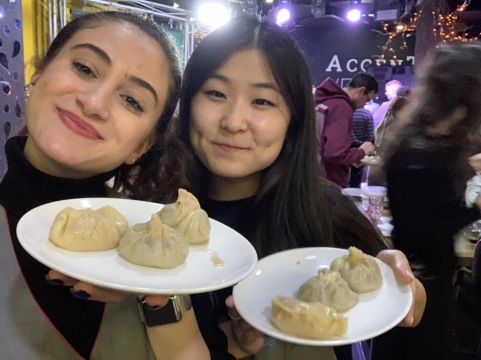 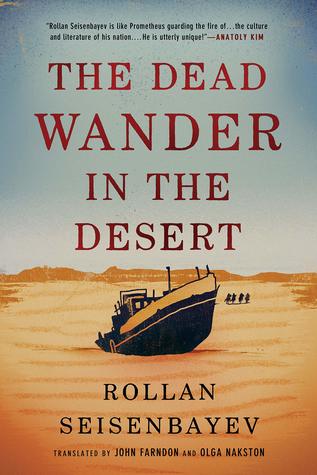 In “The Dead Wander in the Desert,” we see the final, painful days of the Soviet Union, juxtaposed with the final, painful days of the Aral Sea, as a once-bountiful land dries up and turns to a poisonous, salt-filled desert. The characters in the book fight to preserve the sea, but in vain: the central planners in Alma Ata (present-day Almaty) and Moscow refuse to undam the rivers running into it, dooming it and all who live in or by it to destruction.

The desiccation of the Aral Sea has been named one of the greatest natural disasters of the 20th century. In the past decade the water levels in one of its few remaining pools have been raised, but it is still far from revived. At the same time, it has received much less attention than more spectacular disasters than Chernobyl. In part that’s probably because it happened out in Central Asia and primarily affected Central Asians, not Europeans. And in part that’s because it’s much less exciting than something like a nuclear meltdown. The destruction of the Aral Sea was the predictable result of specific policies, and took place over decades. There was no giant explosion, just a day-by-day incremental worsening of the problem, until one day the land was no longer habitable. Sound familiar?

“The Dead Wander in the Desert” is worth reading for its subject matter alone: it’s both a memorial to a terrible disaster, and a clear warning bell of the danger of other disasters that are bearing down on the entire planet. It has a clear and unambiguous environmental message that some readers might find overbearing from an artistic point of view, but can’t help but get its (extremely urgent) point across.

It’s also worth reading as a window into a culture that most Western readers are likely to know little or nothing about. As well as an elegiac celebration of the Aral Sea in its final days, it’s also a celebration of Kazakh culture. Western readers of the English-language translation are likely to find the culture simultaneously fascinating and off-putting: the book extolls both the close-knit Kazakh community around the sea and its close relationship with the land, and less attractive features of it such as animal sacrifice and the subjugation of women. As with other (post)-Soviet cultures, from a Western perspective there are no unmitigated good guys here. The Kazakhs were genuinely exploited and oppressed, and their culture almost destroyed along with their natural environment, by the Soviet regime. Some parts of the culture the book’s characters are trying so hard to preserve probably do need to be tossed out into the dustbin of history. “The Dead Wander in the Desert” does not provide any answers to this thorny dilemma, but it would serve as an excellent jumping-off point for discussion in a class on environmental or post-colonial fiction.

Structurally and stylistically, the book is interesting but challenging. It follows along the events of perestroika more or less chronologically, but with multiple points of view and frequent flashbacks and digressions. This helps give it its epic breadth, depth, and feel, but requires attention from the reader to follow. It also has a tinge of magic realism mixed in with its purely realist accounting of perestroika and the world events surrounding it. It’s not something to pick up as a piece of light, escapist reading. As with the subject matter, though, it would work beautifully as an assigned reading for a college-level class or book club that tackles serious topics and “big” novels.

The translation is well done, and the numerous end notes explaining cultural and historical events, as well as the Kazakh and Russian words that are left untranslated, will be very helpful for readers unfamiliar with perestroika, the USSR, or Kazakh culture.

“The Dead Wander in the Desert” is not an easy read, but it *is* a “big” novel in the Russian/Soviet tradition. Recommended for serious readers of literature in translation, especially Russian/Soviet/post-Soviet literature, and for readers of environmental and colonial/post-colonial fiction.

My thanks to NetGalley and Amazon Crossing for providing a review copy of this book. All opinions are my own.

Department of German and Russian